Home/Blog/Nativity scenes around the world/The Nativity Scene Tradition in France: The «Santons» of Provence
Previous
Next 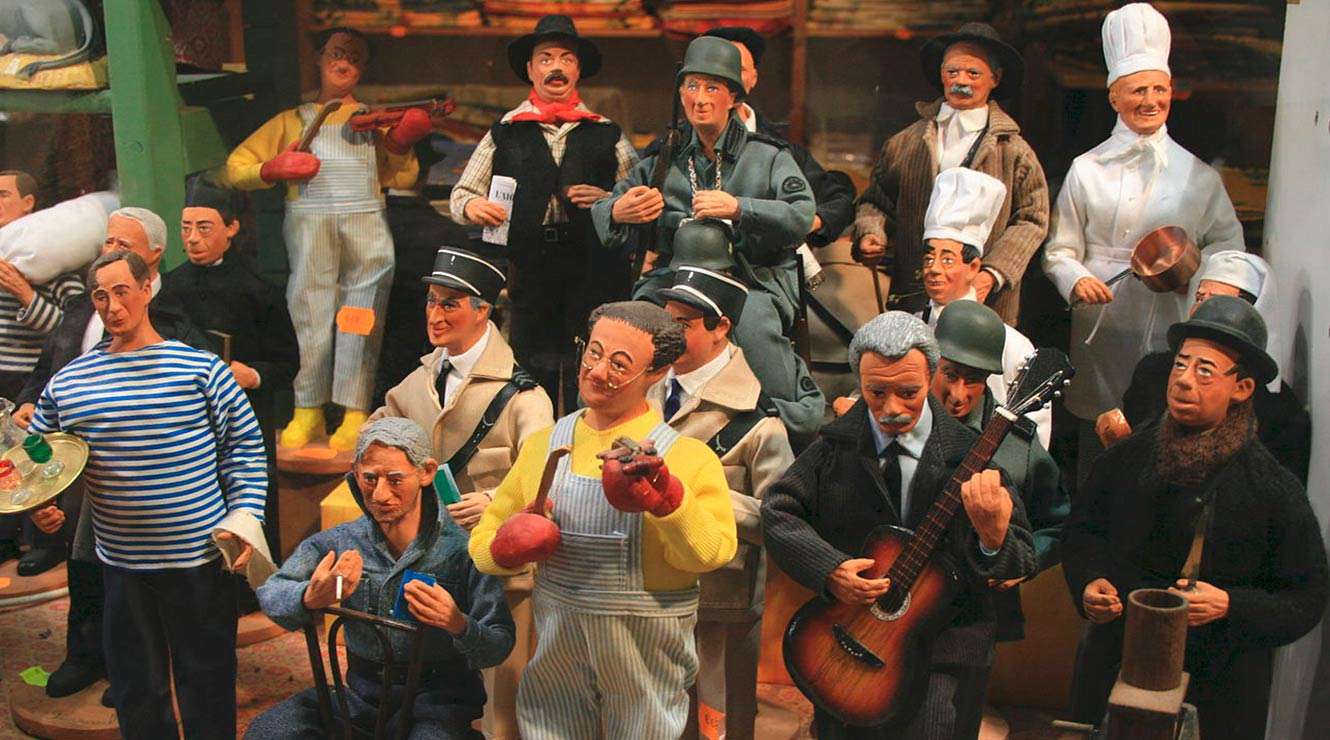 The Nativity Scene Tradition in France: The «Santons» of Provence

The Nativity Scene Tradition in France: The «Santons» of Provence 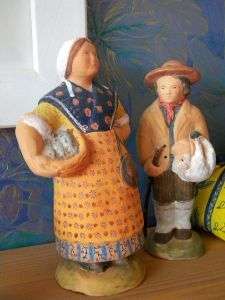 The nativity scene tradition in France is linked to the «Santons» of Provence, and these in turn are historically linked to Marseilles and to the small Provencal villages.

Also in France, Saint Francis of Assisi had a great influence. The nativity scene tradition is deeply rooted especially in the south of France. The saint's mother was from Tarascon.

The first known manger was the one created in Marseille in 1775 by a man named Laurent. It consisted of articulated mannequins dressed in local costumes. To add a touch of exoticism, the creator had placed giraffes, reindeer and hippos.

After the French Revolution, which led to the closing of churches and the abolition of the midnight mass, public performances of the Nativity were discontinued. It was then that figurines, the "santoun" or "little saints", were created in Provence so that each Provençal family could set up their nativity scene in the privacy of their home.

What are the «Santons» of Provence?

They are small, very colorful clay figurines that represent the holy family, the Magi and the shepherds, as well as a whole series of small characters, representing the inhabitants of a Provençal town and their traditional trades. All these little people, each with their gift for the baby Jesus, make their way through a landscape traditionally formed by a hill, a river with a bridge and olive trees (usually represented by flowering thyme), towards the stable, crowned by your star. 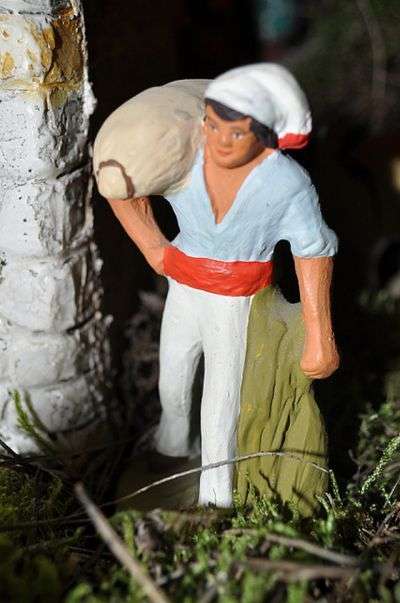 In other words, in the Provençal nativity scene there are different groups of «santons» that complement the usual characters of the classic crib: “Pistachié et Honorine”, “Le ravi”, “Arlésiennes” ...

In 1803, the first "santons" fair was opened in Marseille. The nativity scene tradition in France is still maintained and this fair is still held there, from the end of November to the beginning of January. 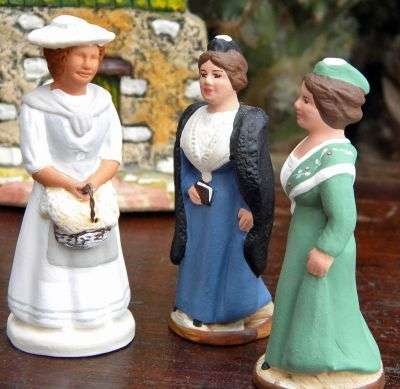 The "santons" of Provence are passed down from generation to generation. But also, each era brings its new characters that are the image of their time. The "santons" evolve every year, as happens with the caganers of the nativity scenes of Catalonia in Spain.

Around the nativity scene tradition of the "santons" there are many museums in France. To name a few, in 1987 an ecomuseum of "santons" was created in Fontaine-de-Vaucluse, bringing together some 2.000 pieces. Among them one of the smallest nativity scenes in the world, which fits in half a walnut shell. There is also, for example, the Musée du santon Marcel Carbonel, in Marseille, which has more than 2.400 pieces from all over the world. It covers from the end of the XNUMXth century to the present day.