Home/Blog, History of the belenismo, Nativity scenes around the world/The Bethlehem tradition in the Christian West
Previous
Next 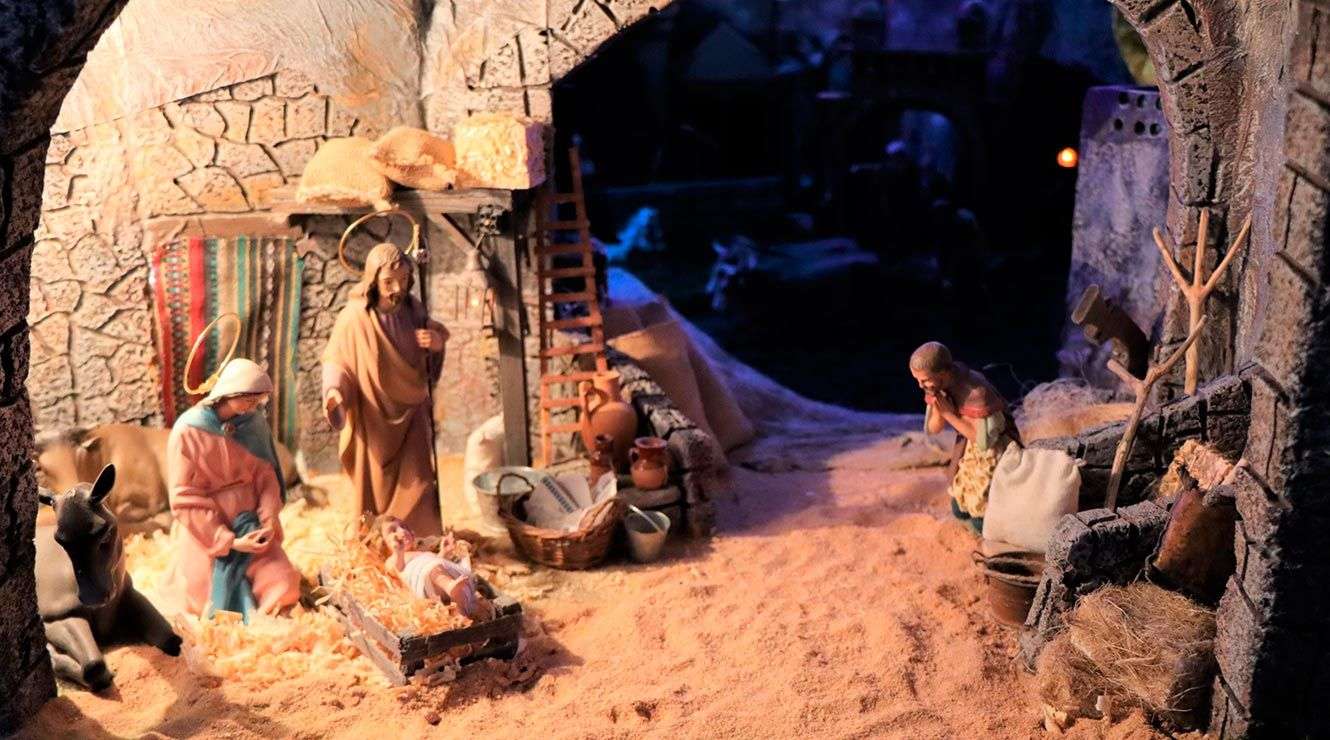 The Bethlehem tradition in the Christian West

The Bethlehem tradition in the Christian West 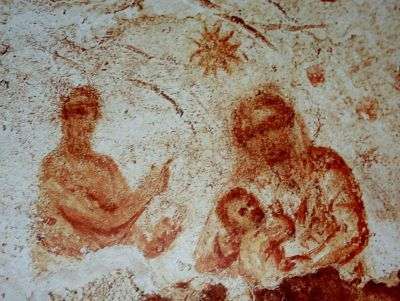 The Belenistic tradition in the Christian West is reflected every Christmas in the houses, churches and public centers of our cities. But what is a nativity scene? A Bethlehem is the plastic representation of the birth of Jesus.

The first representation that is conserved of the birth of Christ is dated in the second century of our era. Appeared in the Catacomb Priscilla, a Romano-early Christian cemetery, located on Via Salaria within the city of Rome. In it some frescoes of special importance appeared, as an example we can cite, in addition to the first representation of the Virgin Mary, that of the Annunciation.

In the fresco of the Virgin Mary, she appears dressed in a short-sleeved tunic and wears a veil. She holds the Child Jesus in her arms and is sitting on a seat without a back. The character in front of her has been discussed a lot, the most accepted explanation being the one that identifies him with the prophet Isaías, since it points to a star that is painted between the Virgin and the prophet, which is understood to be the Belen star. With it the Belenistic tradition begins in the Christian West.

Saint Francis of Assisi and the Belenistic tradition 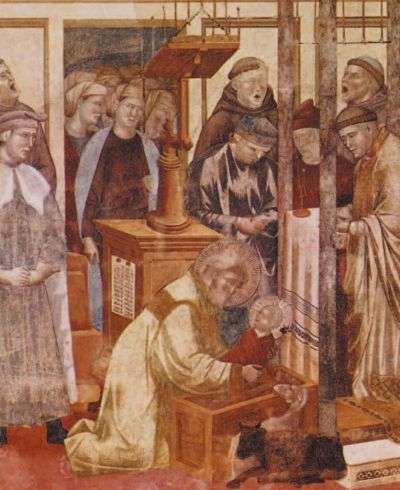 The next great milestone in the history of the Bethlehem is the first Christmas celebration in which a nativity scene was mounted. It took place on Christmas Eve 1223, in a cave near the hermitage of Greccio, in Italy. The author was Saint Francis of Assisi and had a manger without a child and a real ox and mule.

The first documented is from 1252 in the Franciscan monastery of Füssen, in Bavaria (Germany).

The oldest that is still preserved is that of the Museum of the Basilica of Santa Maria Mayor in Rome. It was carved in stone at the request of Pope Nicholas IV in 1288.

The first representations in stone and wood

In the XNUMXth century, the Italian Franciscans and later the Poor Clares and Capuchins consolidated the Belenistic tradition in the Christian West.

They used the representation of the humble birth of the Messiah as an element of preaching. The practice, which soon spread throughout Mediterranean Europe, above all, was first ecclesiastical, then aristocratic and finally popular. 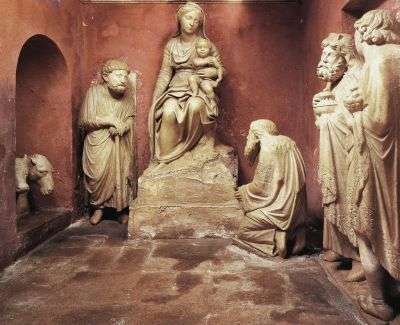 Italian nobles quickly make this representation of the Nativity their own. The first domestic Bethlehem portal seems to have been installed in 1567, in the Naples region, by the Duchess of Amalfi.

During the French Revolution all religious practice was prohibited in France, for which reason, families celebrated Christmas by installing a Nativity scene portal in their homes.

The definitive impulse of the nativity scenes occurs with the appearance of the Baroque. And especially from the XNUMXth century with the contribution of artists such as Giuseppe Sanmartino, Bernardo Legarda or the Spanish Francisco Salzillo.

In this period, the rise of sculpture and the incorporation of scenic space and details introduced the nativity scene into stately homes.

In 1860, already in the 1955th century, the first nativity scene association emerged in Wenns, Austria. And a century later (XNUMX), in the Second International Nativity Scene Congress, the definition of “nativity scene” was approved: “Plastic and objective representation of the birth of Jesus through the arrangement of a country seen in a panoramic way”.

Spain and the tradition of the Bethlehem

The first representation of the birth in Spain dates from 1300, which took place in the cathedral of Barcelona. 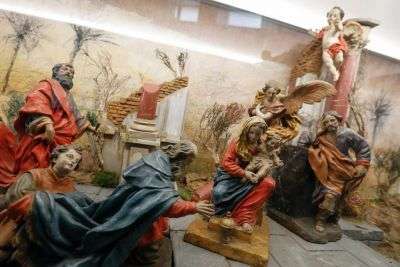 At Christmas 1760, Carlos III, left with their mouths open to children and adults of the Spanish society of the eighteenth century, with the Nativity scene brought from Naples by the Bourbon. Later, Spanish sculptors such as the Valencians Estévez Bonet and José Ginés Marín and the Murcian Salzillo, contributed to the construction of the so-called “Bethlehem of the prince”, since it was made for Carlos IV, son of Carlos III. Many of whose figures are still preserved in the Royal Palace.

From the XNUMXth century is, for example, the representation that is still exhibited in the Church of Santa María in Laguarda (Álava). A baroque nativity scene, with articulated figures of cloth, wood and leather.

We hope that our post has inspired you to prepare the nativity scene for next Christmas 2021. In controladores.net We have all the necessary elements for the construction of your nativity scene.