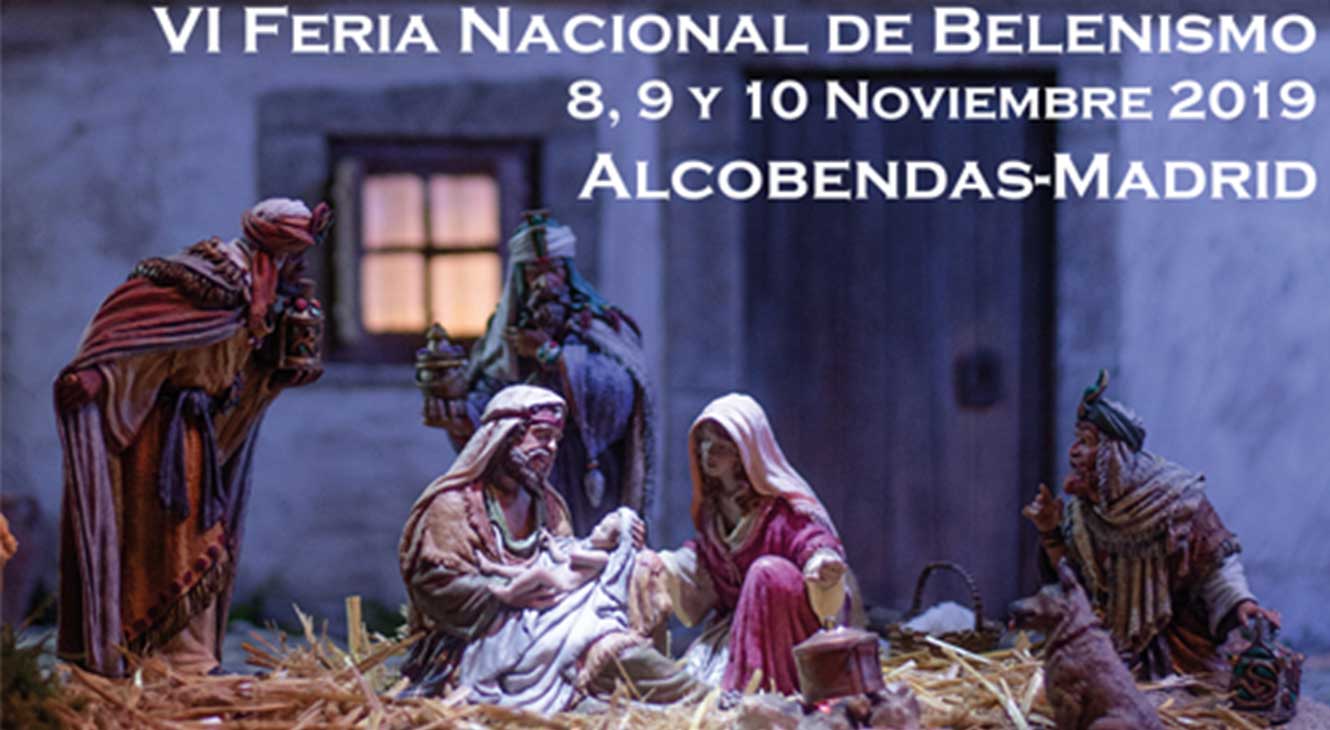 Erected as one of the most important belenista events in Spain and as the largest market in the sector, the National Fair of Belenismo This year marks its sixth edition. Organized by Miguel Ángel Tejero Llamas, hand in hand with the Belenista Arts Group, the Amura de Alcobendas Hotel hosts this new edition of the Belenista event, from 8 to November 10.

One more year, Controladores.net will be at the Fair, with a technological stand where the latest developments in lighting and sound control will be shown along with all the accessories and electronic devices necessary to give the realism to your nativity scene.

National Fair of Belenismo, the Sixth

The poster of the VI National Fair of Belenismo It is based on a photograph of Mario Hortigüela and his wife Nati, belenistas of San Vicente de la Barquera-Cantabria, about a birth of the sculptor Daniel Alcántara y Montse (DAIMON Creaciones).

In this National Fair of Belenismo de Alcobendas you can see the most recent catalogs of the merchants, the latest creations of the artisans or the news of the rest of the sector. If you want to check the event schedule, click on this link. It highlights the workshops of José Cruz, Pervalle Creativos or Lola Temprado, among others; together with the FMAS presentation-workshop on LED lighting control, where the latest models of the firm, the Z200 and the M450 will be presented.

Among the 40 stand assembled this year are international artists such as Italians Fabio Squatrito, Ulderico Pinfildi or Federico Iaccarino. Between the national belenistas we can highlight Pilar Tirados, Enrique Villagrasa; Montserrat Ribes or Ángeles Cámara, among many others.

The Mollina Nativity Museum will also "be" at the Fair

As a special collaboration with this edition of the National Fair of Belenismo, the Díaz Caballero Foundation, through its spectacular Mollina Nativity Scene Museum, has given a nativity scene of its Permanent Exhibition that can be visited next to the FMAS stand. The lighting, sound and video of the nativity scene are controlled by one of its powerful L800 equipment.

Joan Maria Rius i Caulus, author of the nativity scene donated by the Mollina Nativity Museum.

El author of the scenography of this nativity scene is Joan Maria Rius i Caulus, from the so-called School of Barcelona. Together with other authors such as Francesc Romagosa and Agustí Termens, he has been exhibiting in the crypt of the Church of Bethlehem for more than half a century, in the heart of Barcelona's Rambla. The ceded nativity scene was exposed in that crypt and later at the headquarters of the Association of Belenistas of Barcelona, ​​before Rius i Caulus donated it, including figures, to the Museum. Once there it was restored by Alejandro Calderón, one of the youngest collaborators of the institution.

FMAS Automation, the technological touch at the Fair

As well as during the previous edition we were able to attend the practical workshop "Course of LED lighting and controllers", where FMAS Automatización showed different lighting systems for nativity scenes, this year its new models Z200 and M450 are protagonists of a presentation on Saturday 9 at 10 hours. Although the capacity is complete, you can see the new controllers in their own stand during the Fair.

And is that the stand of FMAS, technological manufacturer of electronic devices for the nativity sceneIt has an extensive catalog where the programming, lighting and sound and video control equipment stand out. After their previous M400 and L800 models and the prototypes presented in the previous edition, the new Z200 and M450 devices are now a reality that you can acquire , in the stand itself.

La M450 series It is the result of the natural evolution of M400, equipped with the latest technology and based on the suggestions of the users themselves. It has 6 pre-established lighting phases and up to 26 programming possibilities; 4 auxiliary outputs; progressive ON function and two independent outputs for top and horizon lighting.

The Z200 series, meanwhile, is a discreet controller designed for basic installations With a day / night cycle control under LED technology. Ideal for assemblies and small spaces, with the use of amplifiers you can control much larger assemblies.

Next to the brand new lighting controllers for nativity scenes, FMAS Automation has presented in recent weeks new slide projectors, adjustable beam light cannons o LED lamps with built-in plug, next to a facility calculation tool which is causing great expectation among the belenistas for its practical application when calculating the material needed to give more realism to the nativity scene with electronic devices. Remember that all FMAS products can be purchased online on their commercial website, controladores.net.

New FMAS M450 and Z200 equipment, for sale at controllers.net

Market, workshops, demonstrations, talks ... are you still not sure that this Fair is for you?