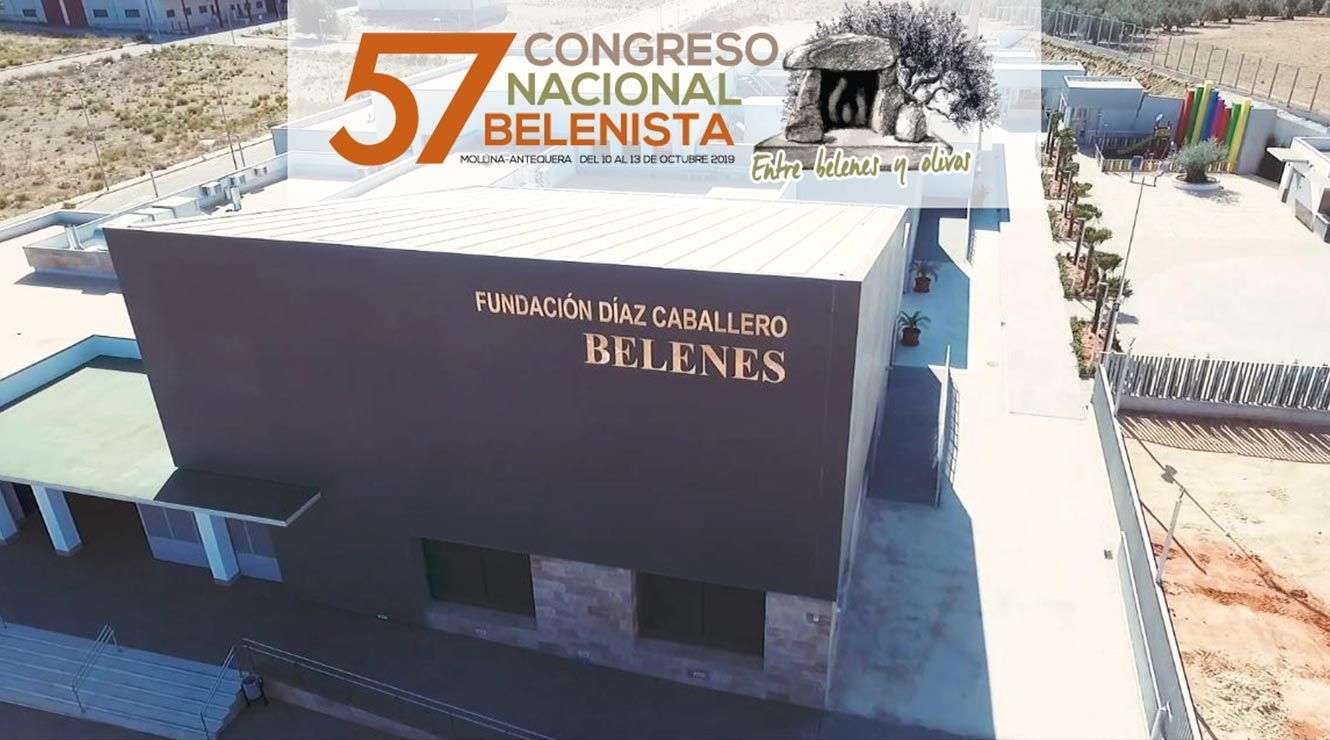 The 57 Belenista National Congress, in Mollina

The 57 Belenista National Congress, in Mollina

After opening of the Permanent Exhibition of Nativity Scenes In November of 2017, the Mollina Nativity Museum (Fundación Díaz Caballero) has been developing a tireless work of disseminating Belenism, hosting numerous craft shows, expert meetings and conferences that demonstrate the importance of this institution. This year, the Museum has the privilege of hosting a new National Belenista Congress, which this year adds its 57º edition, collecting the witness of Zamora.

The Díaz Caballero Foundation, promoter of the Museum and main organizer of the event, has arranged an important display for the exhibition space available for congressmen, installing four extraordinary exhibitions for the Congress, to be held between Mollina and Antequera. In addition to the Museum itself, the Torcal de Antequera Theater, Hacienda la Capilla and the Euro-Latin American Youth Center (CEULAJ) in Mollina will host such a great Belenista event.

In addition, there will be two conferences: “Christmas and the Bethlehem”, an audiovisual by Juan Giner Pastor that will open the Congress; and "Reflections on the present and the future of Belenismo", by Vicente Rodríguez Giménez, which will serve as the closing ceremony. Both presentations will take place at the Torcal Theater.

On the morning of Saturday 12 of October will be held in the CEULAJ an unprecedented act in Congress: “Artistic contacts: sculptors, artisans and belenistas ”, where participants can, in a relaxed atmosphere, meet the creators personally, see how they do their works, take pictures, etc. There are names such as Daniel Alcantara, Salvatore de Francesco, José Luis Mayo, Ángela Tripi or Monserrat Ribes, among many others. Meanwhile, the Museum will open the doors of its exhibitions, also hosting the Fair-Market so much to the taste of the attendees in previous editions and where, once again, will be the Controllers.net booth, at the hands of FMAS Automatización that, In addition, he will be conducting a demonstration of his lighting control equipment in a real nativity scene on Saturday morning (starting at 11 h.).

As anticipated by motto of the 57º National Belenista Congress, not only nativity scenes this edition goes. And, being in Andalusia and at the foot of a new olive campaign, the olive tree should have its share of prominence in this meeting. In the prelude to the event, on Thursday 10, there is an optional day with excursion to an Andalusian farmhouse and olive picking, visit the Antequera Oil Museum and oil tasting. Other scheduled activities go through a guided tour of Antequera, a choral concert in the Sala Santa Clara and excursions to the Dolmens of Antequera and Laguna de Fuentedepiedra.

Our partner FMAS Automatización, which was already in charge of lighting the different spaces of the Mollina Nativity Museum with several Equipment of the L800 Series and more than 1.000 meters of LED strips illuminating the nativity scenes of the exhibition halls, you will be with us at the Fair stand from where you will offer attendees the presentation of its new Z200 and M450 models of LED drivers for nativity scenes.

The M450 series equipment, fruit of the development of the previous M400, allow total control of the nativity scene or diorama: general, horizon, scene and interior lighting; smoke and snow machines; movable motors and figures; slide projectors, etc. Its HDLR technology means greater smoothness in high definition regulation. It has 6 pre-established phases, although they can be increased up to 26 and auxiliary outputs 100% programmable. In addition, it is upgradeable by bluetooth.

El new FMAS Z200 lighting control, on the other hand, has been designed for small installations where only a basic day and night control is needed. Although it is intended for nativity scenes of about 2 square meters, the use of amplifiers allows to control larger installations. It also has HDLR technology, to eliminate jumps and blackouts in phase regulation. The main advantage of this small device is its simple installation in small nativity scenes: plug and go!

The Fair-Market schedule, where the FMAS stand is and you can discover our new teams M450 and Z200, is:

Alongside LED lighting and sound control equipment, FMAS Automation manufactures and / or markets other devices, such as Smoke machines, LED lamps, water pumps, projectors of slides, etc. Do you want to take one more step and give more realism to your nativity scene?

Go pack your bags and come to Andalusia! Mollina and Antequera house one of the most anticipated meetings every year by the belenistas And this year is going to be exciting. Find us, come to the Controllers stand and… let yourself be surprised!