Home/Blog/Curiosities/Mount the Bethlehem: the characters of the portal
Previous
Next 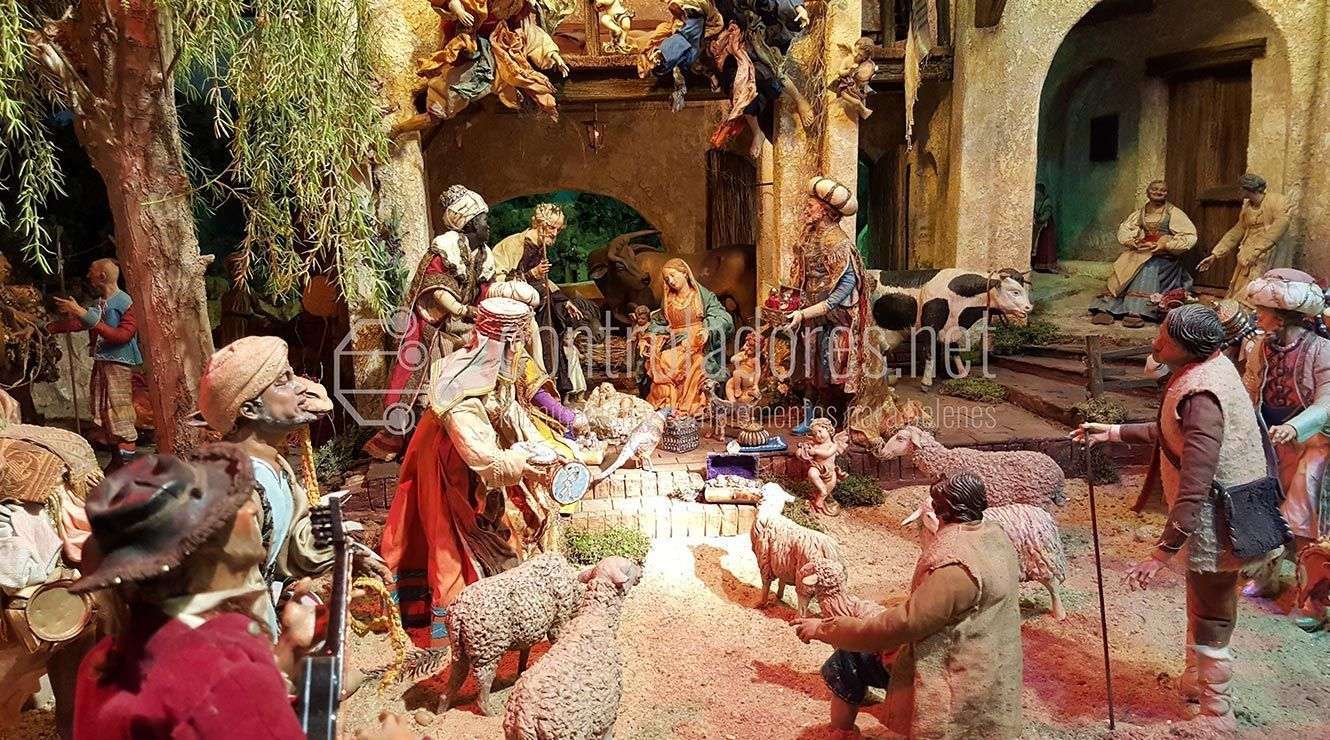 Mount the Bethlehem: the characters of the portal

Mount the Bethlehem: the characters of the portal

Many of you will be on the verge of complete the assembly of the Bethlehem portal. Some of you will already have done it; and those of you who have a small manger may do so during the last weekend of November. In any case, riding the Nativity scene is a family tradition that forces us to unpack the storage boxes last Christmas to recover the structures, buildings, decoration, accessories, and, most importantly, the figures.

In the previous post we saw the most typical animals of the Birth; let's see now the essential characters of the Bethlehem portal.

The most popular characters of the Bethlehem portal

It is evident that some figures are more important than others, but we all try to make our Bethlehem highlight every detail of its assembly. The main characters of Bethlehem are:

Other characters in the manger

Beyond incorporating the main figures in the Bethlehem, there are many other secondary characters. We must bear in mind that we are representing the usual life of a first-century people, so possibilities that we have with the characters of our Bethlehem they will be infinite. We can include children playing in the streets, or in the field next to the manger; some beggar begging or a woman with water jugs.

If we have space and we like it represent the different scenes of the Bethlehem, maybe we will include special figures for the Flight to Egypt (scribes, priests, the Faráon, military, slaves) or for the Castle of Herod. Even many regionalist nativity scenes represent typical customs of each area, so it is not strange to see assemblies where Andalusian farmers appear, santons with the typical dresses of Provence or seamstresses making regional clothes.

Image of santons surrounding the Sagrada Familia in a Bethlehem of Provence. Photography: Wikipedia / Daniel Ferrier

About the figures of caganer, machorrita or the chestnut tree we'll talk about in another article about curiosities of the Nativity Scene around the World.

Tell us: what figures would you like to incorporate into your next Bethlehem portal?