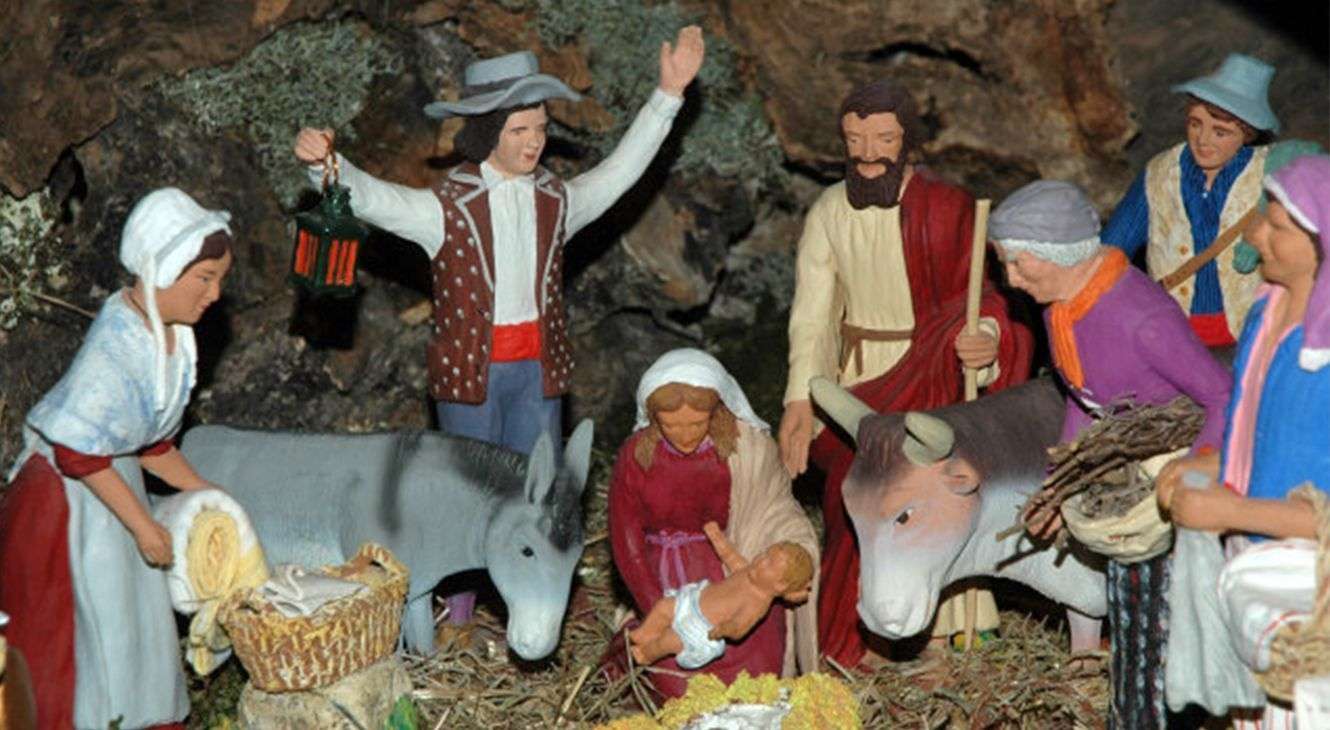 The most curious characters of the Bethlehem portal

The most curious characters of the Bethlehem portal

(cover image: image of a Provencal nativity scene with the typical santons. Image of Daniel Ferrier for Wikimedia)

He points out a popular Balearic saying that "The nativity scene and the sea always have to look". Indeed, belenismo is one of the passions, whether by religious conviction, hobby or simple curiosity, which awakens more expectation during the Christmas season. In any city in our country, with a rich belenista story, we can enjoy exhibitions, routes or discrete family shows around belenismo.

Like the scenography and the buildings of the nativity scene, the figures are one of the most popular elements of this hobby. But, let's be a little eccentric on this occasion ... Do you want to meet the most curious characters of the Bethlehem portal?

Curious characters from the portal of Bethlehem

The variety of the nativity scenes is enormous, reflecting the nuances that each town has been infringing on these representations through the contribution of regional customs. Therefore it is not strange to find numerous curious figures and characters typical of each area. In Catalonia the already popular character of the caganer, which tradition recommends "hiding" behind some bush or in a discreet place in our portal. Nowadays, this little wink of Christmas humor is usually represented with the face of some famous person.

The figure of the gypsy, of great historical tradition, it is rare today in our nativity scenes, but if you find it you must know that its origin may be in the gift that was traditionally attributed to them to warn the future, symbolizing the Roman sibyls that announced the arrival of the Messiah.

Popular figure of the chestnut, typical in Castilian nativity scenes

Without leaving our country, if ever visits an extreme nativity scene you will be surprised by the figure of the machorrita, a goat dressed in gala and protagonist of venetian rites on Christmas Eve. In Madrid, the chestnut He usually wanders the streets of the manger representing a typical image of winter in the capital.

The international nativity scene: characters around the World

In Provence, the santons are the most charismatic characters of his Christmas. Dressed in the traditional costumes of the French region, few nativity scenes do not include some of these figures in their scenes. The most orthodox are terracotta and hand painted.

Detail of a Provencal nativity scene with figures of santons. Image of Onkel Ramirez on Pixabay

The births of Ocumicho and other regions of Mexico have a somewhat more sinister surprise: include among the typical characters of the manger small imps which stand as mere observers of the rest of the portal scenes.

It is clear that the location of the nativity scene clearly affects the representation of its figures. And, although they do not usually vary much in terms of their name and symbology, they do differ greatly in their way of dressing or the accessories used. Each town dresses the characters of the nativity scene in its image and likeness. Similarly, it is not uncommon to find penguins in Nordic nativity scenes; Coyotes and bears in Canada or llamas in Peruvian nativity scenes.

Precisely from Peru, and without being a strange character, it is worth noting by simple curiosity the figure of the "Child Manuelito", name with which the Child Jesus is known in some Andean areas.

Anyway, the truth is that the Bethlehem portal figures They are a faithful reflection of where it is located. The tradition "imposes" place a series of mandatory figures, but imagination and local custom may surprise with the inclusion of the most diverse characters ...

And you, do you know any curious character of Bethlehem portal in the World?