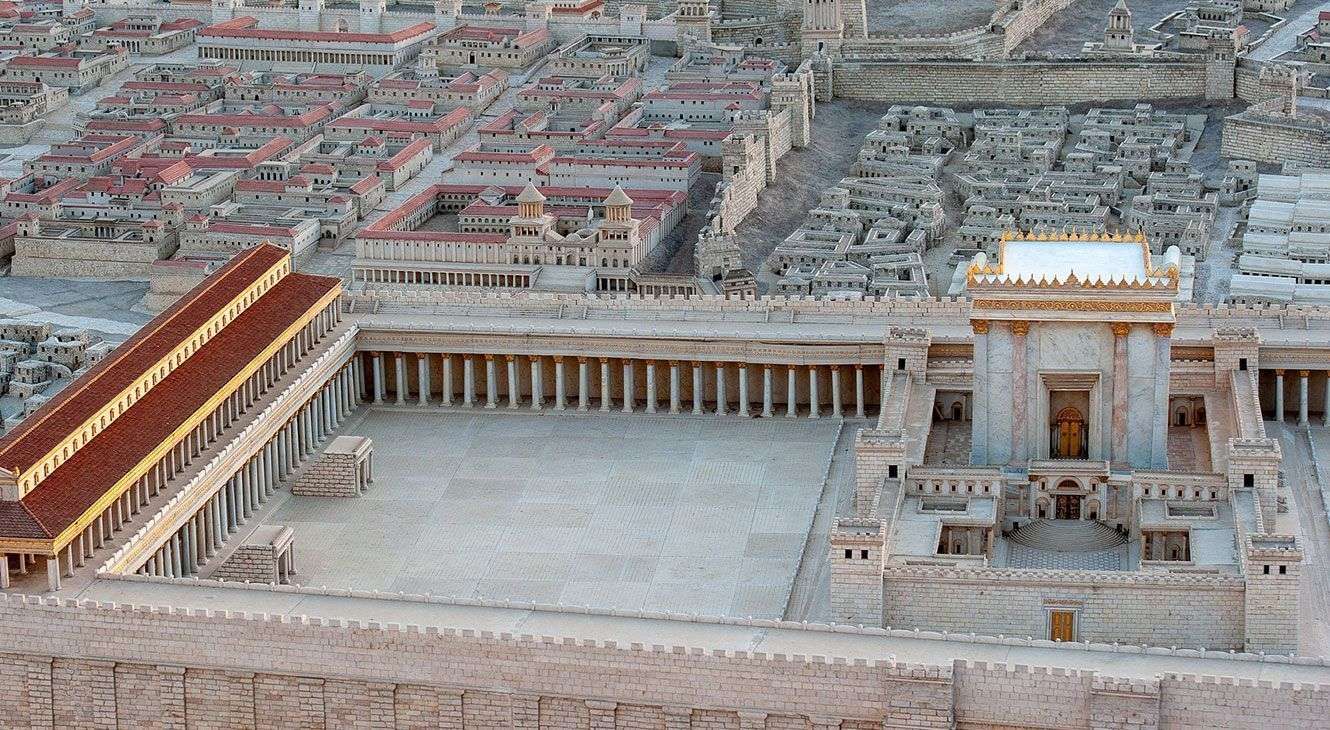 There are many of you who carry out the assembly of the Bethlehem portal following the tradition of your families, sometimes inheriting centuries-old figures and using them constructions with which you set up the portal for children in your parents' house. The nativity scene is a tradition that mixes passion, art, family and, why not, manual dexterity.

But some nativity scenes go further. Those who prefer historical rigor study every detail of the portal so that nothing is anachronistic and that its assembly is as faithful as possible a reproduction of the time when Jesus Christ was born. This post is addressed to them (and to all those who want to know the reality of the time, of course). Let's see what the architecture of Bethlehem was like in the time of Christ.

The houses of the common people, key in the architecture of your nativity scene

Our new technologies applied to archeology allow deciphering in a very exact way what the Judean dwellings at the time of Christ's birth. Today we know that the constructions of the most modest families were made with baked adobe bricks and cane, covered with lime. The floor of the houses used to be the same land where they settled; sometimes flattened with a mixture of lime, stone or mud. The windows, few, were erected in the upper part of the facade and were usually covered with wooden bars, lattices or shutters.

Image of forging gate for sale on controllers.net

For the roof, meanwhile, reeds and branches were intertwined like beams, and they were compacted with mud. This roof, which was frequently raised for maintenance work, as a maturing warehouse for fruits and vegetables or as a summer "bedroom", it had a staircase from the outside, becoming in practice one more room in the house. It was not strange, on the other hand, that forage appeared on the roof.

A curiosity of these humble houses is that the animals, often the main livelihood of families, slept in the house itself, hence it can have a double height: the first level for a stable, sometimes sharing space with the workshop and the tools Of the owner; at a higher level, the rooms of the bedroom and the dining room, without bathrooms. In the center of this upper level we can find a brazier or cavity for the embers with which they heated the house.

Luxury in the housing of the wealthy class

The wealthiest, for their part, had stone and mortar for construction of their houses or palaces, distributed in the manner of Arab architecture, around a central courtyard where a lot of life was held together. It is common to find shade trees and ornamental flowers. The richest people enriched these patios with beautiful arcaded galleries.

The chamber, the upper room of the house, served as accommodation for special guests or a place of retreat for the lord of the house. In the palaces, the upper room was converted into an authentic summer house with several rooms, giving a good note of the wealth of its owners.

These luxurious homes, reminiscent of Roman architecture, even revealed a central heating network, through a system of hot water pipes from the stoves. In the patios they were placed cisterns that collected the rainwater and served as a supply for the bathrooms in the house.

With regards to pre-Christ monumental Hebrew architecture, we can highlight the famous Jerusalem Temple, built in stone by King Solomon in the 500th century BC, of ​​enormous dimensions. Rebuilt by King Herod, it is frequently found in nativity scenes. Anyone who wants to represent the existing temple in the time of Christ to scale on its portal must take into account its real size, which occupied an esplanade about 300 meters long by XNUMX meters wide.

Representation of the Temple of Jerusalem

Now that we know a little better the architecture that the Hebrews used in the construction of their buildingsTell us: will you be rigorous with the story or will you keep your way of setting up the nativity scene?