Home/Blog/Nativity scenes around the world/The Bethlehem Star Trek, one of the most curious nativity scenes of 2018
Previous
Next 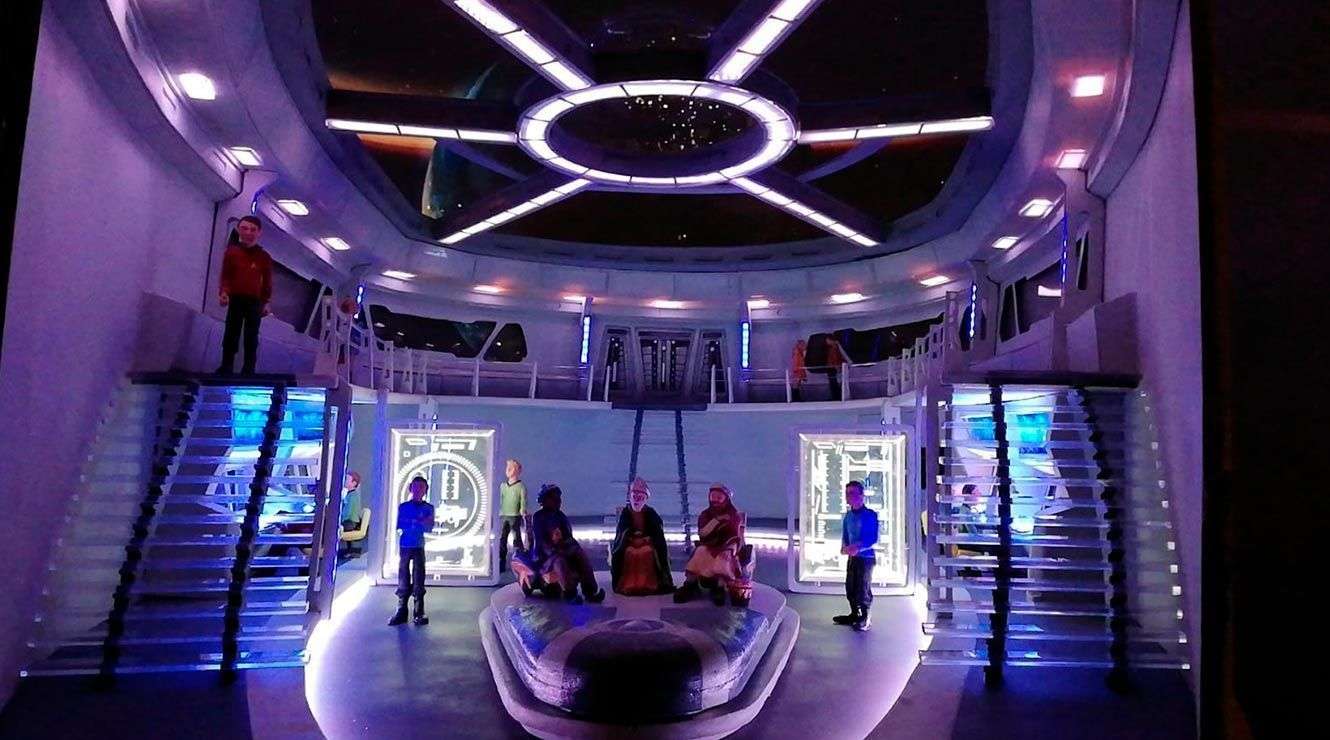 The Bethlehem Star Trek, one of the most curious nativity scenes of 2018

The Bethlehem Star Trek, one of the most curious nativity scenes of 2018

That the belenismo is a phenomenon extended in Catalonia is something hardly debatable. Since the origins of this hobby There arose insurmountable artists and numerous collectives that have tried to universalize the Bethlehem as a symbol of our culture. Proof of this is the Grup Pessebrista de Castellar del Vallès, an association with almost 80 years of existence that is more alive than ever. Its current president, Joan Juni, together with Carme Altayó, have created one of 2018's most curious nativity scenes: the Star Trek Bethlehem, that since a few days you can visit in the Mollina Nativity Scene Museum.

Do you want to know a little better the secrets of this spectacular Birth?

Founded formally in 1951 although with 10 roots years ago, this Castellar del Vallés Belenista Association it has become one of the most active in Catalonia. Present from the first moment in the Mollina Nativity Scene Museum, the Grup Pessebrista de Castellar organizes each year a crib contest that last Christmas celebrated its 75 edition and an exhibition that in 2017 received some 7.000 visitors.

The collective currently has 50 active members and is under the chairmanship of Joan Juni himself, after succeeding Ferran Batiste-Alentorn this year. They have an activity for children that consists of locating certain details in each exposed diorama, and every year a curious manger with social themes full of originality and, in some cases, from certain controversy.

Joan Juni's creation of the crib is relatively recent. In fact, it is not until 2003 when this Catalan nativity scene made his first home birth using the special effects that a primal controller controlled FMAS Automation.

Reaching Star Trek has been a complex path. In the words of Juni himself, "I try to give more dynamism (to the dioramas) to be able to have an exhibition every year that is very varied, that the visitor leaves the visit with a vision that the nativity scenes are not all similar and classic ". Of course, seeing the result, it seems evident that it has achieved its purpose.

It all started in the first months of 2017, when Joan was informed that the new L800 controller of FMAS It was already fully developed. Something essential for the special effects that the Enterprise needed to represent this curious nativity scene. The idea of ​​creating a Nativity scene set in the legendary Star Trek saga he had been hanging around the head of the creator for some time, who had the invaluable help of Carme Altayó as the creator of the nativity figures.

Juni himself summarizes the importance of electronics in their assemblies: "The lighting and the relay module are basic for all the effects I wanted to generate." Thanks to controller for lighting, sound and video L800 of FMAS Automation, Juni has created a light and special effects show that fits perfectly with the Star Trek universe. A team built as the most powerful and accurate on the market that features in this assembly with 4 LED HDLR driver, a relay module, 5 digital photo frames and a video projector.

Detail of the back of the Bethlehem, with part of the installation uncovered

What are you waiting for to visit the spectacular crib of Star Trek, one of the most curious cribs of 2018?