Home/Blog/Nativity scenes around the world/The Bethlehem of the Prince: a Neapolitan jewel
Previous
Next 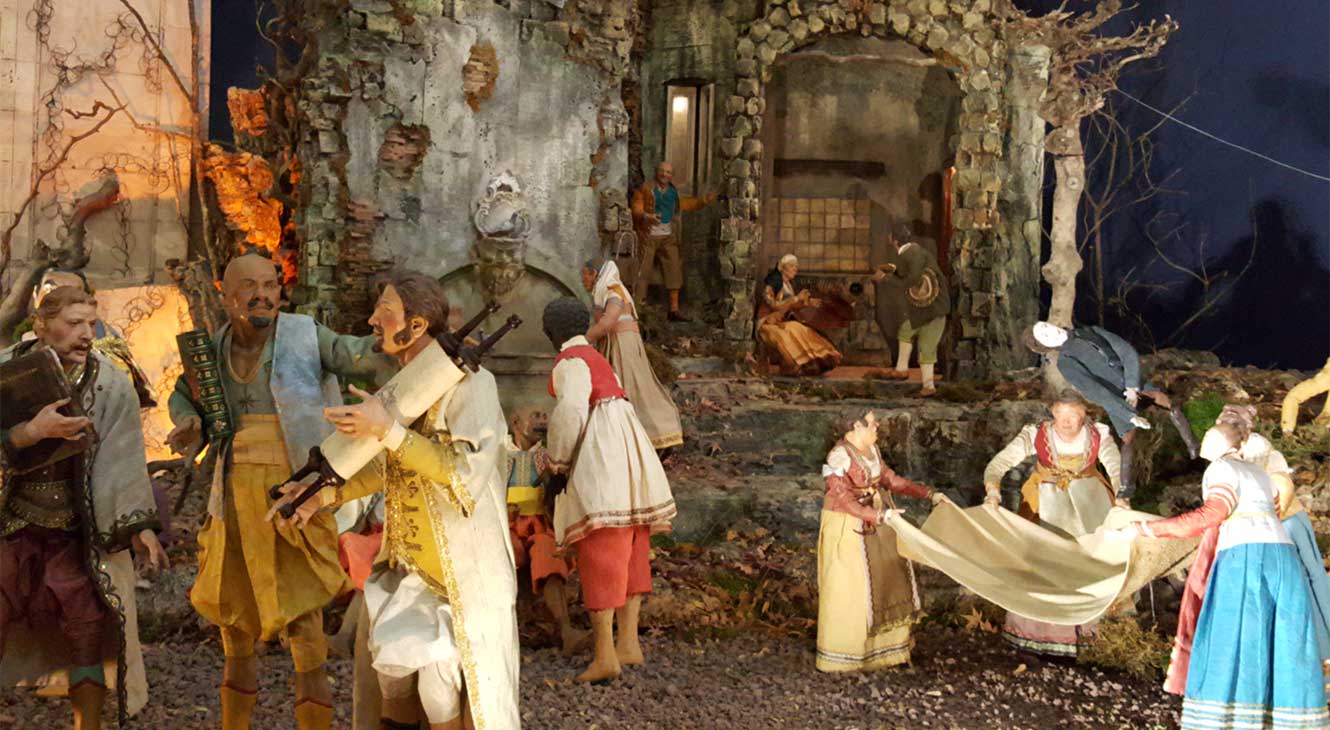 The Bethlehem of the Prince: a Neapolitan jewel

The Bethlehem of the Prince: a Neapolitan jewel

In 1759 arrives in Spain, from Naples, the new King of Spain Carlos III. Belenismo fan in his Neapolitan era, the monarch popularized him in our country and left his son Carlos IV a luxurious Neapolitan nativity scene to which little by little new pieces were added until reaching, according to some chronicles, the almost 6.000 figures.

If all this sounds like remote history, you just have to go any Christmas to the Hall of Halberdiers of the Madrid's Royal Palace and discover that we talk about Belén del Príncipe, one of the most famous Neapolitan nativity scenes in Spain. Do you know him? 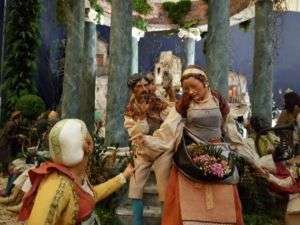 The Avatars of History in a Neapolitan Nativity Scene

Although officially known as Neapolitan Bethlehem of the Royal Palace, its origins make it still be called Belén del Príncipe, although its scenery and figures have changed drastically. In fact, one of the characteristic features of this type of nativity scenes is that its scenery increases and changes from one year to another.

The War of Independence against the French invader caused in 1808 the loss of a good part of its components, as well as subsequent pillages and robberies like those experienced during the First Republic. In 1988 some old pieces of this Bethlehem were found in dependencies of the Royal Palace, which were restored by National Heritage technicians and incorporated into the representation. 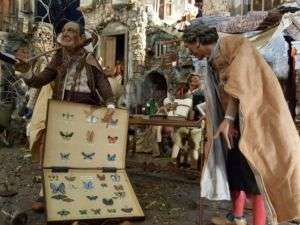 Curious figures in the Neapolitan Bethlehem of the Royal Palace

Prior royal permission, any “commoner” could visit the Prince's Bethlehem during the 18th and 19th centuries, even during the early twentieth years, becoming a typical custom of Madrid Christmas. Currently, the Bethlehem of the Prince is exhibited every Christmas in the Hall of Halberdiers of the Royal Palace, preserving some 80 figures of the originals and having incorporated others from later times; even replicas made at the beginning of the 21st century.

Numerous artists for the Bethlehem of the Prince

El Belén del Príncipe is a typical Neapolitan nativity scene which tries to represent the customs of the people. When the successive monarchs mounted it in the palace, they reserved a room at the nativity scene; first in the Palace of the Good Retreat and then in the Royal Palace. The scenery was very important, so in its original configuration involved many workers of the time: from masons to jewelers through sculptors or carpenters. Chamber painters or Palace architects were responsible for the assembly of the Bethlehem. 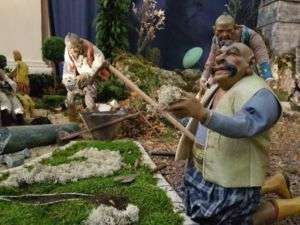 According to different sources, the Royal Porcelain Manufacture of Capodimonte, founded by Carlos III himself, made the original figures of the Bethlehem, adorned with luxurious clothes and jewels of gold, silver and coral. Various accessories were also included: small constructions, musical instruments, dishes ...

Later in the middle of the 19th century, some figures from Genoa were also brought, giving the Bethlehem its peculiar mixture of styles. Already in 2002, National Heritage commissioned 2 Neapolitan suppliers the replicas of other 250 figures like those of the original nativity scene; At the same time, Armando Pisaitelli and Franco Mancini were in charge of the new scenery. Each assembly incorporates new figures and scenes depending on the theme chosen each year.

The figures of the Bethlehem of the Prince

Among the 80 original pieces preserved by National Heritage, highlights the Mystery with Saint Joseph, the Virgin and the Child, composed of Spanish artists, such as Los Angeles; the Genoese figures of the Magi, of singular beauty the courtship of King Baltasar; the angels, in polychrome wood; or the Annunciation with your group of pastors.

If there is any remarkable element apart from the classic characters, we can mention the exotic character of some of the animals included, such as the typical camels or the less common elephants, possibly due to the well-known interest of Carlos III in zoology.

The scene of the slaughter of the innocents, with figures of great crudeness made in polychrome mud, stands out for its drama. Subsequently they have been including figures representing folklore and customs of the different eras of history than the Prince's Bethlehem He has been able to live.

As a curiosity, last year the nativity scene it included scenes of Francisco de Goya and the figure of Carlos IV himself. Protagonists, as were the Royal Gardens in 2017 with the reproduction of the Pond of the Chinescos and the Fuente del Espinario or the illustrated atmosphere of the Madrid of Carlos III in 2015. 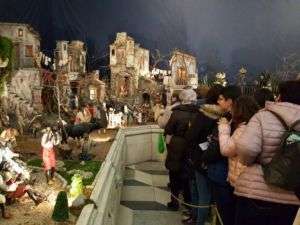 Visitors in the Hall of Halberdiers of the Royal Palace

Did you know the history of the Bethlehem of the Prince, one of the most beautiful Neapolitan nativity scenes in Spain? If you want to visit it this Christmas, stay tuned for its opening calendar: it is free to access, but its last pass usually closes around 17 pm. Normally it runs until January 7 and closes December 25 and January 1, 5 and 6. Tell us about your experience!